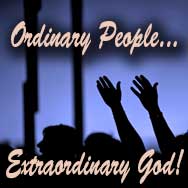 There was a time in my life many years ago where I felt a reverence for Jesus…….but I also felt that I was unworthy of His love. I certainly wasn’t “schooled” in the Bible and I had made many mistakes in life. The TRUTH is…….Jesus loves each of us with an undeniable and deep love. He calls us from where we are in life….not where we think we ought to be nor from where others may think we are.

What I find interesting, is that when we accept the call to relationship with Jesus in our lives…….we become STRONG….in Him! Interestingly enough……people around us often recognize that strength. A changed life reflects the power of Jesus!

We will see that when Jesus called the disciples (who were to become known as the Apostles) they were no different than you or me. They were ordinary people and at times in many respects rag-tag, wish-washy, timid bumblers.  But……… they answered His call and became strong, fearless, confident and passionate for the truth that would change the world….the Good news of Jesus Christ!

Mark 3:16-19 (TNIV)
16 These are the twelve he appointed: Simon (to whom he gave the name Peter), 17 James son of Zebedee and his brother John (to them he gave the name Boanerges, which means “sons of thunder”), 18 Andrew, Philip, Bartholomew, Matthew, Thomas, James son of Alphaeus, Thaddaeus, Simon the Zealot 19 and Judas Iscariot, who betrayed him. 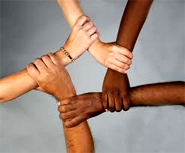 Acts 4:13 (TNIV)
When they saw the courage of Peter and John and realized that they were unschooled, ordinary men, they were astonished and they took note that these men had been with Jesus.

This original team of Jesus followers, what we call “the twelve” were anything but perfect. In fact they were a hodgepodge of ordinary people from different backgrounds just like you would find in a church…people like you and me!

— Simon (to whom he gave the name Peter): Was a fisherman and at none point would deny ever knowing Jesus, but would eventually become a leader in the Jerusalem church, write two letters that appear in the Bible (1 and 2 Peter), and be crucified for his faith.

— his brother John  (the “sons of Thunder”): Wrote the book of John as well as Revelation, also a fisherman. Both these brothers were called “sons of Thunder” because they were somewhat short-tempered and judgmental.

— Andrew: was also a fisherman

— Bartholomew: also known as Nathaniel. Bartholomew was an honest man; indeed, Jesus’ first words to him were, “Here truly is an Israelite in whom there is no deceit.” (John 1:47).

— Matthew: a tax collector. He had been a despised outcast because of his dishonest career, but he abandoned that corrupt (though lucrative) way of life to follow Jesus.

— Thomas: Thomas was tough and committed, even if he tended to be pessimistic. We often know him as “doubting Thomas”

— James son of Alphaeus: Little is known about him. He may have been a brother of Matthew.

— Thaddaeus: Little is known about him.

— Simon the Zealot: had a great zeal for God’s honor

— Judas Iscariot: Of course we know Judas as the one who betrayed Jesus.

As we see, just like in our churches today, these followers of Jesus (all ordinary men that were anything but perfect) doubted and they failed. They were from a mixture of backgrounds and personalities, yet they were used to build the church. Some died for Jesus, one betrayed him. The message I see and the question I have is, what kind of disciple will you be?

Ask Jesus daily for patience and for an accepting heart as you serve with a diversity of people in the church, build on the variety of strengths. Remember that whatever your strength or weakness (God does some of His best work with our weaknesses), there is a place for you in the church…there is a place for you on His team! No two people part their hair the same way! Through cooperation, acceptance, and love, human differences all work together to bring people to the loving knowledge of and relationship with Jesus.

I like the words of William Barclay:
“It is significant that Christianity began with a group. The Christian faith is something which from the beginning had to be discovered and lived out in a fellowship. The whole essence of the way of the Pharisees was that it separated them from their fellows; the very name Pharisee means the separated one; the whole essence of Christianity was that it bound men and women to their fellows, and presented them with the task of living with each other and for each other.”