by admin
Demons, Satan, sin
Comments are off

It’s funny how we, as people, see things differently. Some people see God as mean and angry, full of vengeance and others see God, as Jesus revealed Him…as loving, wise, kind and wanting the best for mankind. Indeed, in Jesus’ day, the people expected a warrior Messiah that would overthrow governments yet Jesus came to set the record straight: The kingdom of Heaven, indeed, the kingdom of God, is spiritual. It doesn’t begin with the overthrow of governments…..it begins with the overthrow of sin in our hearts!

This world is very spiritual (many want to deny this, however, from what I experience and see….there is no denying the spiritual side of life).

Mark 3:9-12 (TNIV)
9 Because of the crowd he told his disciples to have a small boat ready for him, to keep the people from crowding him. 10 For he had healed many, so that those with diseases were pushing forward to touch him. 11   Whenever the evil spirits saw him, they fell down before him and cried out, “You are the Son of God.” 12  But he gave them strict orders not to tell others about him.

Jesus’ popularity and notoriety was growing fast. In the last verses (Mark 3:7-8) we saw that people from all over the region had heard of Jesus and had come to see Him. Some came out of curiosity, some came for healing and miracles and some came to hear His teaching and wisdom. Yet, many still did not understand fully the way to the cross that we know now and the fullness of Jesus’ message.

First let me say that unclean or evil spirits are ruled by Satan, the great deceiver. I believe that as people, we can usher them into our existence simply by denying all good and listening to the lies of evil. When we embrace evil and wrongdoing, when we deny the Spiritual good, when we choose not to believe and follow Jesus……any of these things or all of these things…..we open up the reality that might usher these spirits into our existence. Indeed, they are deceiving, and just looking for a foothold.

I pondered why so often Jesus would silence the demons (unclean spirits) and tell not them to tell others about Him. I do not believe that Jesus wanted the evil or unclean spirits, the demons, to endorse Him. Jesus knew that His true identity would be revealed at the right time (His resurrection) and this simply was not the time. Ironically, the demons recognized who Jesus was while the people didn’t see the big picture.

I don’t think Jesus wanted these evil or unclean spirits to reveal His identity simply because He did not want to reinforce their popular misconception of Jesus as a military or political leader who would free them by His power of control by Rome. Jesus wanted to teach the people WHO He was, what kind of Messiah He really was, because this was far different than their expectation!

Knowing about Jesus, even believing that He is God’s Son, does not guarantee salvation (which is an eternity with the Father, AND also the blessings of living in the kingdom right here and now)! Indeed….. the demons believe and know about Jesus!

James 2:17-19 (TNIV)
17 In the same way, faith by itself, if it is not accompanied by action, is dead. 18 But someone will say, “You have faith; I have deeds.” Show me your faith without deeds, and I will show you my faith by what I do. 19 You believe that there is one God. Good! Even the demons believe that–and shudder. 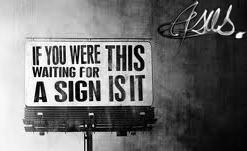 Jesus came to overthrow the sin in our hearts! These Spiritual beings, unclean and evil spirits, indeed demons, cannot be where Jesus is! Follow Jesus, get to know Him, ask Him and put Him into your existence, into your life….and yes….He will overthrow the sin in your life….indeed he died for that sin. This doesn’t mean that you will never sin….only that it is paid for and you will strength to battle it in your life.