There were these two guys in Lake Mary that were putting up all the lights high up in the trees around city hall and one was always was teasing the other. The other guy was one of those, “lights on nobody’s home.”  kind of guys. The first guy shines his flashlight up to the top of the tree and says, “would you mind climbing up this light beam and put the star on top of the tree?’ The other guy says, “hah, how dumb do think I am?” “I’m sorry,” the first guy said. “You’d better be, I know you too well you’d let me get halfway up and then turn the light off!’

Light is everywhere light is all around us! But it is… only in the darkness that we truly understand the power of light! So– what is the light? What is the darkness?. There was a time in my life that I lived in darkness you may be able to identify with me here.  I wasn’t even aware that I was living in darkness. I lived life to MY standard I always say that when I was in control of my life I had no control and I was often a slave to my own bad decisions unforgiviness anger and bitterness sometimes I just felt like I was simply along for the ride and it wasn’t necessarily a good one!

BUT as I came to realize that I needed God in my life, indeed as I needed Jesus, as I started to apply His wisdom to my life and to live in relationship with Him daily–I BECAME FREE! I was no longer a slave to the darkness!

This is living in the light of Jesus surrendering my life to Him and seeking HIS will daily in my life. Today, as we celebrate the birth of Jesus, I want to look closely at all the light throughout the Christmas story!

The First light that comes to mind in the birth of Jesus is always the star that led the Magi to the Savior Child. (Matthew 2) 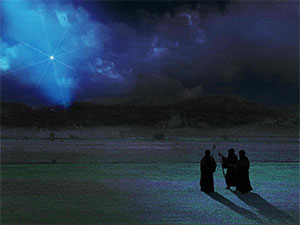 1 After Jesus was born in Bethlehem in Judea, during the time of King Herod, Magi from the east came to Jerusalem 2 and asked, “Where is the one who has been born king of the Jews? We saw his star when it rose and have come to worship him.” 3 When King Herod heard this he was disturbed, and all Jerusalem with him. 4 When he had called together all the people’s chief priests and teachers of the law, he asked them where the Messiah was to be born. 5 “In Bethlehem in Judea,” they replied………

8 He sent them to Bethlehem and said, “Go and make a careful search for the child. As soon as you find him, report to me, so that I too may go and worship him.” 9 After they had heard the king, they went on their way, and the star they had seen when it rose went ahead of them until it stopped over the place where the child was. 10 When they saw the star, they were overjoyed. 11 On coming to the house, they saw the child with his mother Mary, and they bowed down and worshiped him. Then they opened their treasures and presented him with gifts of gold, frankincense and myrrh. 12 And having been warned in a dream not to go back to Herod, they returned to their country by another route.

Of course, we know that the Magi were led to the Christ child AFTER He was born, when he was a child, probably around two years old, not a baby, but that’s okay–we always recognize that star as being a great light!

It’s interesting that the Magi who were pagan astrologers, not even God followers, were led by this great light out of the darkness. 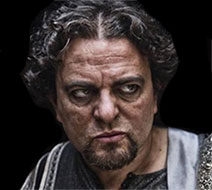 It’s also interesting to me that when they got close, they encountered someone in the darkness, Herod. And they say to him, ”we’re here to see the Christ child…the Messiah”. Herod tells them that he has seen the star. He recognized that this was the sign of the Messiah. but Herod wouldn’t even go the three miles to Bethlehem to check it out. Instead, he sought to deceive the Magi in asking them to return and to tell him exactly where to find the Christ child so that he could go to worship him.

Herod lived in the darkness of the world. But the Magi, the Magi were in the light of Jesus and Herod wanted them to return to that darkness.

You see it’s only when you are in the light, that you 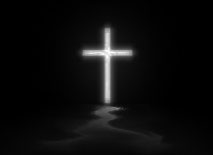