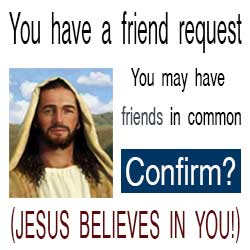 Is there something missing in your life that you just can’t explain? Do you feel called to something but don’t know exactly what it is? Do you feel that maybe Jesus is calling you to a better life? You know, it always seems hard to leave the familiar behind, even if the familiar is less than you know you need. I would point out that the beauty of embarking on a new journey is the adventure it brings. What prevents you from following Jesus on the adventure of your life? 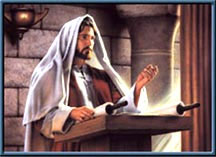 It is so very important to understand that when Jesus came to Simon and Andrew , as He says, “Come, follow me” (Mark 1:17), He was calling people like you and me. Jesus was a rabbi. When a rabbi said, “Come, follow me”, he was affirming that he believed that the person he called could be like him. Jesus was telling these men, “I believe in you, I know that you can meet the call, I know that you can follow in my footsteps”. This was more than a call….it was an affirmation of self-worth. Jesus called simple fishermen like Simon, Andrew, James and John…..and He calls both you and me to follow Him, to be like Him and to live a life that makes a difference!

There is a saying that I hear often, “Jesus doesn’t call the qualified…..He qualifies the called!”

As I look at my life, I look at what I left behind: unresolved pain, unresolved addiction, unresolved relationships and so much more. It was hard for me to embark on a journey, to leave these things behind, though they were not positive forces in my life. Why was it hard? Because these things were at least familiar to me, they were the here and now! Embarking on a journey takes us into the future, the unknown. The key is that just like these men knew when the Rabbi teacher, Jesus, called them….that they could trust Him. I trusted Jesus and have never looked back….and so can you!

Sometimes there are sacrifices to make in following Jesus. I gave up a corporate job making considerably more money to follow Him into pastoral ministry……yet I have never looked back. But even before that, when Jesus called me on the journey through life……I simply started to follow; not even realizing the baggage that I was leaving behind…it was a journey through a desert, much like the ancient Israelites when they left Egypt with Moses for the Promised Land. 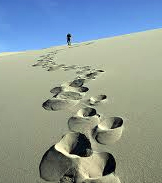 This was journey in which I was covered in the dust of the desert from following the footsteps of my Rabbi, Jesus. There was hunger (a hunger for what I knew would be best for me in my life and a hunger to leave the intense pain behind), there were mirages (times that my past addiction looked good and tried to call me back). There were indeed dangers! (There were the dangers of some people trying to get me to live back in my life of unresolved issues). There were times that I found myself falling in the sand…the difference was that now Jesus was there to pick me up. His footprints were evident in front of me the whole way!

There were times that it looked better back where I came from…but I trudged on, day by day and there came a moment that I knew I had reached the edge of the desert and had found the Promised Land. That time was the moment that I finally recognized how much and how deeply that God loved me and that His journey was the one to embark on. It was the moment that I fully realized the trust I had for Jesus kin my life…I realized that Jesus had been with me the whole way and it became even easier to trust Him with all things in my life.

Is Jesus calling you? Are you ready for the journey of your life? What keeps you from going on this journey….a journey that RESOLVES your life? A journey that is not at all made alone, but that is made with the creator of the Universe…God…indeed Jesus!

Jesus says, “Come, follow me”…….He believes in YOU! He knows that you can make the journey! Simon, Andrew, James and John dropped what they were doing and followed Jesus on the journey of their lives. I and many before and after me have started on that journey with Jesus….and we have never looked back. Are you ready to join me on the journey of your life? A journey covered in the dust of our Rabbi…the dust of Jesus? Jesus says, “Come….follow me!”