Sermon on the Mount: Resist Hostility

by admin
anger, difficulties, Sermon on the Mount
0 Comment

In Matthew 5:39, Jesus goes on to say, “But I tell you, do not resist an evil person.” I know what you are thinking, this is easier said than done. I am always AMAZED at what Jesus teaches because it is revolutionary, because it fly’s in the face of the world and the teaching of the world that is always aimed at getting, at taking, at exacting revenge, at prideful living.

The word translated from the Greek here as “resist” is “anthistemi” [anth-is-tay-mee] which is where we get the word “antihistamine” (because it helps us resist illness). This word, anthistemi  has the meaning of “resist setting oneself against”, “resist being hostile towards”. So, what Jesus is saying is “don’t set yourself against or be hostile towards an evil person”.

On top of that, the Greek word translated as “evil” is “poneros” [pon-ay-ros] which, in the sense it is used, the masculine sense, doesn’t mean to resist evil, like evil in the abstract, but it means to resist the evil person “one who is evil”. Jesus is simply telling us not to exact revenge!

Jesus is saying  that we have opportunities each and every day to fight back! Our lives are occupied, we are often humiliated, shamed, angered…..provoked. And Jesus says, don’t be violent, don’t resist in a disruptive or violent sort of way!

I recognize that this is often a hard pill to swallow! We have been taught by the world to “get back”, to be against those who attack us, either physically or in words. BUT WHAT IS JESUS SAYING HERE?

JESUS IS NOT SAYING TO JUST SIT BACK AND BE PASSIVE! That’s not what He’s teaching. He’s using this specific word meaning “don’t do to them what they are doing to you”.

As Jesus always does, He offers us ANSWERS. He shares God’s wisdom and tells us what is best for our lives. So let’s look again at what Jesus is saying:

Matthew 5:39  (TNIV)
But I tell you, do not resist an evil person. If anyone slaps you on the right cheek, turn to them the other cheek also. 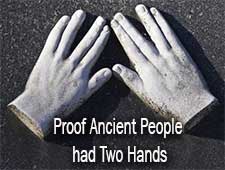 Back in ancient  times, in Jewish culture, people had two hands–a right hand and a left hand. Your hands had very symbolic and practical uses. Your right hand was your “clean” hand. In fact, being right handed was generally understood as strength, as power and skill. You eat with your right hand.

Your left hand was considered “unclean”. You eat with your right hand…but with your left hand…..you use it to perform those daily bodily maintenance things that allow the daily routine to go smoothly. Your right and left hands were used for vastly different things.

So Jesus says here, “If anyone slaps you on the right cheek, turn to them the other cheek also.” There are two ways you can hit someone: you can slap them or you can punch or hit them. Notice that in order to slap someone on the right cheek, you have to slap them with the back of your hand. A slap was something you did to somebody who was beneath you (remember, culture had a very strict hierarchy). You would slap somebody like, a master would slap a servant, some men would slap women. Slapping was how you treated somebody who you believed was below you a notch or two down.

You only “hit” someone that you considered an equal in status to you. Jesus says, “If anyone slaps you…”…… the Romans saw the Jews as “beneath them”. So, slapping, this was something you saw all the time: masters slapping slaves, Romans slapping Jews, we see this all the time in ancient culture.

Jesus says, “If anyone slaps you on the right cheek, turn to them the other cheek also.” Now notice that if we try to slap someone with the back of our hand, well, it is awkward (there are rules to this cruelty you know, LOL)! The first slap says, “I’m better than you”. By turning the other cheek you are saying, “I know you think you’re better than me but take asserts YOUR dignity and shows YOUR strength of character!

“But I tell you, do not resist an evil person.” In fact…..like a antihistamine helps us resist illness ……. let Jesus help YOU resist, resist, resist hostility! Stand strong in who you are and turn the other cheek!your best shot because you and I are equals and you will not treat me as an inferior.”

his is a strong statement! This simple act of turning the other cheek turns the whole cultural system upside down! Especially to the people of the day–they would have heard what Jesus said and felt–“THIS IS GENIUS”! This set’s the whole POWER / VIOLENCE thing upside down! So in the end, turning the other cheek asserts YOUR dignity and shows YOUR strength of character!

“But I tell you, do not resist an evil person.” In fact…..like a antihistamine helps us resist illness ……. let Jesus help YOU resist, resist, resist hostility! Stand strong in who you are and turn the other cheek!