Sermon on the Mount: Divorce VS Commitment

by admin
divorce, Marriage, Sermon on the Mount
2 Comments 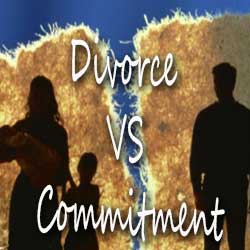 Let me tell you about this man that came to his lawyer to seek a divorce. The lawyer asked him, “Do you have any Grounds?” The man replied, “About three acres”. The lawyer tried again, “No, I mean do you have a Grudge?” The man said, “No, but we have a carport.” The lawyer made one last effort: “Are you really sure you want a divorce?” The man told him, “No, I don’t. But my wife does. She says we can’t communicate!”

As we continue with God’s wisdom shared in the Sermon on the Mount, today, AGAIN, we are looking at verses that may cause many of us to be uncomfortable. But please, listen closely and hear all that God is saying. Today we will start looking closer at what Jesus taught about divorce.

I have shared this before, but will share again. I will first admit that I am a “used husband” (as my wife of 28 years occasionally jokes). I am okay with her joke, I have been indeed divorced. I was married on a whim, we weren’t in love and I was a cultural Christian, meaning that I was not following Jesus but would say I was a Christian if asked because my parents were Christians. I also met this girl at a party, we got wasted drunk and we started living together that night. We had no children and our union was both shallow and stupid (we would probably both agree with that assessment). I will share more some other time. Please understand that I am not justifying my actions. Now that that is out of the way, I want to share God’s heart. 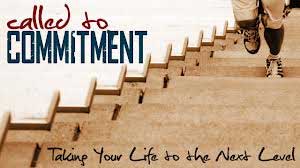 In the Sermon on the Mount, Jesus was teaching the disciples and His listeners, and US, about how, so very often we misinterpret God’s wisdom or place the focus in the wrong place. The primary message that Jesus is conveying here to us is that: God’s plan is that when a man and a woman come together it is a special relationship of marital COMMITMENT.

In fairness to those of you who are single it is possible and indeed practical to live a pure, meaningful life, without marriage. However for those who choose to marry, it is important to understand that God intends it to be for life.

This Scripture was not so easy for me, especially because I am “a used husband”. I’m divorced. However, I realized that I needed to glean God’s wisdom and accept it no matter what I have done in my past, because truth is truth, whether I want to believe it or not.

One of the greatest emotional pains that someone can experience often comes from the breakup of a marriage. Would you agree with that?

In the 1700’s…in the book, “The Decline and Fall of the Roman Empire” by Edward Gibbons, one of the primary reasons for the decline and fall of this empire was, “The rapid increase of divorce; the undermining of dignity and sanctity of the home, which is the basis of human society.”

The splitting of a relationship and the bitterness that engulfs people’s lives, the splitting of this relationship that God intended to be lifelong and fulfilling is one of the greatest tragedies that I know–because everyone gets hurt– from adults to children, to friendships and family relationships. 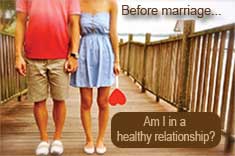 Jesus, in His wisdom and teaching from Matthew 5:31-32, seems to be talking here about divorce, however, I believe that the THRUST of what He shares with us is actually about marriage.

He is talking more about God’s intention for us in the marriage relationship to join together as one, to join together as one flesh. Jesus is also talking about the “deviant treatment” of God’s INTENTION by the Pharisees. We can come up with a million reasons why a marriage should be dissolved by divorce. What we should focus on is “the million ways to work at keeping these relationships together and healthy.”

Next, we will look at where, I believe the thrust of what Jesus is saying in the Sermon on the Mount about divorce comes from.

About the Author
God wants humanity encountered by Him, through us. We are all a part of God's story.....let's not lose that.
Social Share
2 Comments