Sermon on the Mount: Keep Your Anger In Check

by admin
anger, Forgiviness, Sermon on the Mount
0 Comment

The Pharisees were teaching that the command against murder, referred JUST to the taking another person’s life. They read this law and not having literally murdered anyone, they felt righteous. Scripture DOES tell us that murderers were subject to judgment (to death) through legal proceedings also described in the Law.

Exodus 21:12-14 (TNIV)
12 “Anyone who strikes someone a fatal blow is to be put to death. 13 However, if it is not done intentionally, but God lets it happen, they are to flee to a place I will designate. 14 But if anyone schemes and kills someone deliberately, that person is to be taken from my altar and put to death.

So, what is the point here? If Jesus did not come to abolish or change the Law how does He “FULFILL” the law? He fulfills the Law by telling us it’s true meaning as God intended. 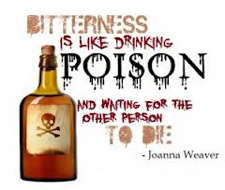 Jesus tells us that we should not even become angry enough to murder because then we would already have committed murder in our heart. Killing is a terrible sin, but anger is just as bad because it also violates God’s command to love. The “Anger,” here refers to a seething, brooding and bitterness.

James 1:19-20 (TNIV)
19 My dear brothers and sisters, take note of this: Everyone should be quick to listen, slow to speak and slow to become angry, 20 because human anger does not produce the righteousness that God desires.

Here is what we need to do to keep our anger in check:

CONFRONTATION: Expressing our anger in appropriate ways. Remember, there are two sides to every story. Intent is very important! Sometimes we get angry at someone when their true intent was not to hurt……usually, only communication will reveal this (be careful not to “assume” some ones intent…it can make an (insert rude word here) out of “U” and “ME”………well…..you know the saying……)

CONTEMPLATION: Examine closely why you are angry. Is it possibly because you simply didn’t get your way or because things didn’t turn out the way you expected or hoped they would? (this happened to me recently…….my anger failed teh “contemplation” test…..hmmm……now I am no longer angry (I feel bad that I even expressed my anger before fully applying these guidelines…..now I have to apologize. “Jan D., you shouldn’t have been angry in the first place!” (that’s what the little guy with wings was whispering in my ear as he sat on my shoulder after I expressed my anger). 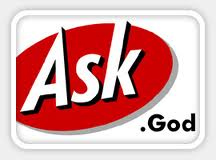 CONFESSION: Asking God and others for help in dealing with our anger. Do you know someone who deals with anger well? They are a good person to ask for a fresh perspective before you do somthing you will regret. DON’T ask someone who deals with anger in a poor way…..enough said. Most of all…..ask Jesus to help you deal with your anger! I don’t know how may times I have asked Jesus, “Lord, I don’t want to fell this way and I know it’s not right! Help me to figure this out and take these bad feelings from me!”

CHANGING OUR EXPECTATIONS: Change the expectations that led to the anger in the first place. Often our anger is based more on an unrealistic expectation. We can’t expect people to be perfect….only human.

Is it okay to get angry at something? Absolutely. Is it okay to harbor bitterness, unforgiveness, and a seething, brooding heart? NO! We need God’s help and I believe He wants us to turn to Him for help. I also believe that He wants to bless us with a clear heart free of bitterness and hatred.