Sermon on the Mount: What God REALLY meant…

by admin
Forgiviness, Healing, Sermon on the Mount, The law
0 Comment 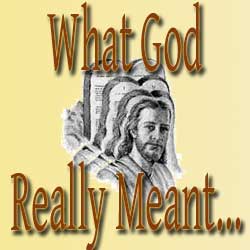 As we will see in the coming weeks Jesus will say six times, “You have heard that it was said, but I say to you”.  What Jesus is telling us is that His teaching goes beyond what the Ten Commandments and the Torah say (The Torah is the name for the Hebrew “Law”). Jesus was setting the stage to explain what God really meant. Jesus shows us the true intent of God’s Law.

He is speaking to the interstation’s by the Rabbi’s that were passed down through the ages (this collection of interpretations of the meanings of the law; according to rabbinic tradition is called “the Mishnah”).

Let’s look at the first example that Jesus gives us:

Matthew 5:21 (TNIV)
“You have heard that it was said to the people long ago, ‘You shall not murder, and anyone who murders will be subject to judgment.’ 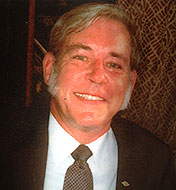 You know, there was a time that I hated my father. Why? Because he didn’t treat my mother well and because he had affairs and it broke up our family. I was angry at him. I began to hate him. I had a hard time forgiving him. If you were to have asked me back then, “well, how is that unforgiveness workin’ for ya?” I would have had to respond “not so good”. This was also a time when I turned away from God, when I turned to my friends and drugs to take away the pain in my heart. It was during this time that I started to hate myself and I had little love for others.

It’s funny, as I look back at this time in my life, it was ME I was trying to murder in my heart. And I would have to say truthfully that there were a few times I contemplated killing myself and others to make a point. I am thankful that I never went there. Hatred and anger can take you places you don’t want to be! Trust me!

Now, let me say that I love my father. He passed in 1996 while holding my hand. Our last five months together (I asked him to live with us knowing that his time was short) were months of reconciliation and love. I would never have experienced the deepness of our love for each other had I not had forgiveness in my heart.

I looked closely at this Greek word translated as “Murder”. The Greek word is “phoneuo” [phone-you-o]. Jesus, of course, is speaking here of the 6th commandment, “You shall not murder” (found in Exodus 20:13 as well as Deuteronomy 5:17). The original Hebrew word used in the Old Testament Scriptures is “rasah“. Both of these words mean to kill, primarily with intent and premeditation which is “murder”.

Pretty straightforward I would say. Don’t murder…….in reality OR in your heart…..more about that soon…….

Stick with me here as we discover together what God REALLY meant when He shared the Law with us in the Old Testament.