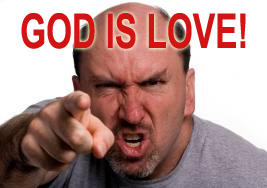 I am often perplexed with the harshness portrayed by some who profess to Follow Jesus! Some “religious” words have a harsh edge in today’s culture due to their use and overuse by these religious zealots. Especially those that would “fear” you into accepting Christ as your Savior. To someone who has been around “church” a lot as well as to many people that are new or discovering Jesus, the words “sin”, “repentance” and even “hell” are enough to want make you want to run the other way because they are “launched” from the mouths of some people.

— “To sin” in both Hebrew (“Chata” [khaw-taw]) and Greek (“hamartano” [ham-ar-tan-o]) simply means to “miss the mark”, “to miss the goal or path”, “to miss oneself, lose oneself, wander from the way”. his is not to say that there is not a price to be paid for straying down the wrong path. What it does say, is that it is not about breaking the rules as much as it is about staying on the right path. 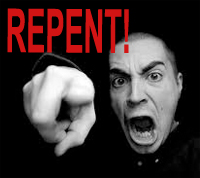 — “Repentance” in Hebrew is, “shuwb” [shoob] and carries the meaning of “restore”, “return”, and “to be brought back”. In Greek, the word translated as “repentance” is “metanoeo” [met-an-o-he-o] and carries the meaning, “to change one’s mind for better”. Often this word, repentance is used so harshly it makes you feel like sin, doesn’t it! Yet, it simply means to to see the mistakes in our life, acknowledge them and to make a turn around for the good.

This doesn’t lessen the impact of sin or ungodly living in our lives. But, what it should do, is show us that God loves us and wants the best for us. He wants us to stay on the path of goodness and love. He knows that in doing so we will find ultimate fulfillment in our lives. Jesus simply said, “go and sin no more” (John 8:11 [Jesus speaking to the adulterous woman])

— The word “Hell” is found in the New Testament 14 times, 12 of those times it is the Greek Word “geenna” [gheh-en-nah]. This word is interesting in that it originally was an area used as a trash dump in the valley of Hinnom, south of Jerusalem, where the filth and dead animals of the city were cast out and burned. I guess it is a fit symbol of what separation from God must be like for eternity.

Depending on the translation, the word “hell” is found ZERO (yes, that is right!) (ESV, NIV, TNIV) to 32 (KJV, NKJV, NRSV) times in the Old Testament. In every case, the Hebrew word used is “shâol” [sheh-ole]. The reason it is often not found at all in some translations is that the actual transliterated word, “sheole” is used. “Sheol” is defines as, “the abode of the dead”, a “place of no return” or a place “without praise of God”. Sheol was a place of darkness to which all the dead go, both the righteous and the unrighteous, regardless of the moral choices made in life. It has absolutely no meaning of a place of eternal punishment or burning. 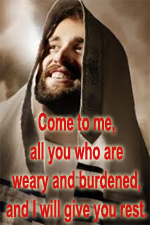 — Here is the interesting thing: HEAVEN! In the Old Testament, the word “Heaven” is found around 444 times. The Hebrew word is, “shamayim” [shaw-mah-yim]. The meaning is “The abode of God”, “the visible universe, the sky, atmosphere, etc.” In the New Testament, “ouranos” [oo-ran-os], is the primary word in Greek that is translated as “Heaven”. It is found around 286 times. It has the meaning of, “the seat of order of things eternal and consummately perfect where God dwells and other heavenly beings.” and “the universe, the world. the aerial heavens or sky” 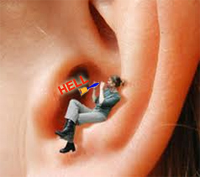 I find it interesting that many people that have problems with the Christian faith probably hear “hell” ringing in their ears more than the message of the kingdom of “Heaven”. Hmmmm, where should the emphasis lie.?

There is nothing to fear except ourselves. God loves us, He loves you like a loving father and simply wants you to stay on a path of loving Him and loving others in your life.

1 John 2:1 (TNIV, The Apostle John is speaking)
My dear children, I write this to you so that you will not sin [miss the goal or path]. But if anybody does sin [miss the mark], we have an advocate with the Father–Jesus Christ, the Righteous One.

Matthew 4:17 (TNIV)
From that time on Jesus began to preach, “Repent, for the kingdom of heaven has come near.”

Matthew 11:28-30 (TNIV, Jesus speaking)
28 “Come to me, all you who are weary and burdened, and I will give you rest. 29 Take my yoke upon you and learn from me, for I am gentle and humble in heart, and you will find rest for your souls. 30 For my yoke is easy and my burden is light.” 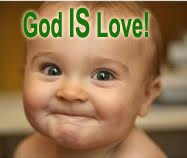 May you stay on the right path. May you not miss the mark or wander from the way. When you do, may you change your mind for the better. May you find restoration in your relationship with God, with Jesus. May you choose to follow Jesus and may you seek an eternity with Him in this kingdom…the kingdom of heaven!