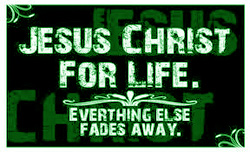 What do you believe about Jesus? The truth is, other spiritual questions are mostly irrelevant until we first understand who Jesus is. Indeed, the entire Bible (Old as well as New Testaments) point to Jesus as the coming Messiah. This is the lens that we should look through in understanding any part of the Bible. If you try to understand faith, religion, or Christianity without first understanding Jesus, you will just plain miss the boat.

This is certainly what many of the religious leaders (Pharisees, Herodians, Sadducees, Teachers of the Law and Scribes) did as they attacked Jesus. They did not understand Scripture and often used it build themselves up rather than to build the people up–as God intended.

As has been revealed many times over the past few months, they saw the Messiah as,  “a human ruler who would reign on King David’s throne, deliver them from Gentile domination by establishing God’s rule on earth, and restore Israel’s greatness as in the days of David and Solomon.”

Jesus came to establish God’s rule in our hearts, to restore us and to free us from the domination of sin.

Mark 12:35-37 (TNIV)
35 While Jesus was teaching in the temple courts, he asked, “Why do the teachers of the law say that the Messiah is the son of David? 36 David himself, speaking by the Holy Spirit, declared: “ ‘The Lord said to my Lord: “Sit at my right hand until I put your enemies under your feet.” ’ 37 David himself calls him ‘Lord.’ How then can he be his son?” The large crowd listened to him with delight.

Jesus basically takes them back to a Psalm that they know speaks of the coming Messiah and ask them a question that gets’ right to the heart of the matter. Indeed, Jesus turns the tables on them. He is asking them about the Messiah’s identity when He ask how the Messiah could be David’s son………. when David Himself calls him Lord? 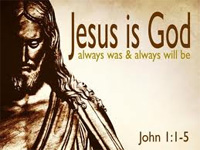 You see, While Jesus is a descendant of David, He is God’s son. The Messiah is not simply a ruler of flesh and blood, He is God Himself. Jesus is clearly saying that HE is the Messiah, and not the one they expect.

This provocative question posed by Jesus brought delight to the crowds. I am sure that it brought thoughtful pondering to many present that day, as it does today…..and……it continued to anger His enemies (the religious leaders), because it meant that their focus was in the wrong place……on ritual and legalisms rather than on the hearts of the people.

So, what do you believe about Jesus? Is Jesus who YOU want Him to be (as the religious rulers kept wanting to make Him into the conquering messiah), or is Jesus simply who He said and demonstrated He is: Our Savior that has come to establish God’s rule in our hearts, to restore us and to free us from the domination of sin.

If you want to understand our faith without first understanding Jesus……you probably won’t understand.