I have a question for you: Why is the man who invests all your money called a broker? Why do we call them restrooms when no one goes there to rest? Why do we kill people for killing people to show that killing is wrong? Why don’t you ever see the headline “Psychic Wins Lottery”? If you’re born again, do you have two bellybuttons? What do you say if you’re talking to God, and he sneezes? If man evolved from apes why do we still have apes? What if you’re in hell, and you’re mad at someone, where do you tell them to go?

At first glance, the question below, where the Sadducees are asking Jesus a question, may not seem like the questions above………. rather silly and unfair questions.

Mark 12:19-23 (TNIV)
19  “Teacher,” they said, “Moses wrote for us that if a man’s brother dies and leaves a wife but no children, the man must marry the widow and raise up offspring for his brother. 20  Now there were seven brothers. The first one married and died without leaving any children. 21 The second one married the widow, but he also died, leaving no child. It was the same with the third. 22 In fact, none of the seven left any children. Last of all, the woman died too. 23 At the resurrection whose wife will she be, since the seven were married to her?”

The Sadducees asked Jesus this question though they did not even believe in the concept of resurrection (or afterlife). It was actually an unfair question because they thought they knew the answer. As always…..they were trying to trap Jesus and to corner Him. These types of questions made the Pharisees look foolish (because they didn’t really know the answer). The Sadducees were wanting to make Jesus look foolish (However, Jesus knows the answer!)

Tomorrow we will look closely at the answer Jesus gives them. Today, we will look at this phenomenon of unfair questions.

First, the answers to the question posed of life after death were in the Scriptures, however, the Sadducees accepted only the books of Moses (the Pentateuch, or the first five books). Second, they were reading into their own proposed politics.

As followers of Christ, we often face unfair questions, questions from those who really aren’t looking for answers because they think they already know the answer. They aren’t asking to ponder knowledge or gain knowledge.

So, I ask the question, if we understand maybe why these questions are being asked, maybe we can handle the questions with a better attitude, an attitude of understanding rather than feeling like we must debate and argue (based on the feeling that someone must win).

Here are a few things that might lie behind these types of questions about our faith. The truth is, there is often a question behind the question. 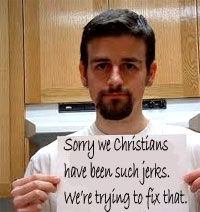 2. Sometimes people have been hurt or severely disappointed by so-called religious people. That’s one reason why, I believe that to be a true follower of Jesus, we need to focus more on our relationship with Him rather than religion. How often do we people who call themselves Christians spouting hate in the name of religion or even Killing in the name of religion?

3. Sometimes people simply want to flaunt what they think they know, they like to flaunt their intelligence and knowledge. Okay, here is a key….. don’t do the same thing! We should never try to force our knowledge of our faith on others, we should share through relationship and love….best shared by example, don’t you think.

4. Sometimes people are reacting on their limited knowledge of our faith, misconceptions of God, and yes……sometimes they are reacting to poor interpretations of Scripture.

5. Sometimes people have confused the love and compassion of Jesus with the sometimes improper actions of professing Christians. Much like #2 above, but also different enough to mention separately, I look at instances of pastors having affairs, priest sexually abusing children, embezzlement inside the church, the hate and political messages that emanate from some pastors in the pulpit, the focus on fear mongering and hell rather than the focus on God’s love and a relationship with Him. 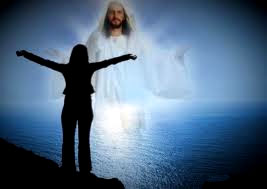 hat Jesus speaks. If they have studied, it is often only a study to be able to disprove than a study with an open mind.

When we understand these things, hopefully we can react with attitudes that are more in line with the love in Christ that is in our heart rather than attitudes of having to be right. When we do that, I believe, we actually ALLOW the Holy Spirit to work in the lives of unbelievers rather than hamper the work of the Holy Spirit.