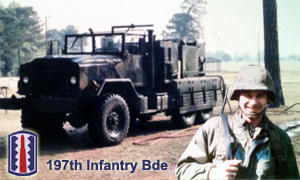 Sometimes our zeal overshadows our reality. While in the Army I took my first job as a Squad Leader in a Decontamination Platoon at Ft. Benning, Georgia around 1986. I knew very little about the equipment my platoon and my soldiers were using. In my zeal to “direct the show”, to demonstrate that I was the Squad Leader, I could have jumped out there and acted like I knew what I was doing, indeed, I was the boss. But, in humility and wisdom I asked my soldiers to teach me. You see, it’s important to fully understand before you step out and make a fool of yourself!

Mark 9:4-6 (TNIV)
4 And there appeared before them Elijah and Moses, who were talking with Jesus. 5 Peter said to Jesus, “Rabbi, it is good for us to be here. Let us put up three shelters–one for you, one for Moses and one for Elijah.” 6 (He did not know what to say, they were so frightened.)

A little background here: In this scene you have Peter standing in front of the transfigured Jesus, in all His spiritual glory, and the two greatest prophets of ancient times–Moses and Elijah. Interestingly enough, both Moses and Elijah were the two primary prophets in the Old Testament that were associated with the coming Messiah, the coming Savior, indeed, Jesus Himself. Moses predicted Jesus (Deuteronomy 18:15-19) and Elijah represented all the prophets that foretold the coming of the Messiah (Malachi 4:5-6). Also, interestingly enough, Moses an Elijah were the only two people that had experienced theophany’s (special appearances of God, see Exodus 24 and 1 Kings 19).

Deuteronomy 18:15 (TNIV, Moses speaking to the people)
The LORD your God will raise up for you a prophet like me from among you, from your own people. You must listen to him.

So, here we have Peter and the other two disciples witness this true glory and in His zeal, rather than wait for understanding, Peter starts offering up impressive plans and ambitions! “Let us put up three shelters–one for you, one for Moses and one for Elijah.” Funny thing is, the Scriptures tell us clearly that ‘He did not know what to say, they were so frightened.”

In the face of God’s glory, our first response should be to listen and learn, not to take charge.

How many times in our life are we faced with a situation where we don’t really have a clue (or, yes, sometimes we THINK we have a clue but if we were to listen to others around us we would realize that we aren’t ready yet) but we, in pride, speak to quickly or feel like we have to run the show? We nominate ourselves “in charge” before we truly understand what needs to be done. Indeed, how often do we nominate ourselves in charge when others are saying, “be patient, there are still some things to learn”. It’s a recipe for disaster. We should always and in all things be humble and simply be “real”. God can work with that!

Jesus tells us such things as “So the last will be first, and the first will be last” (Matthew 20:16), and “Whoever tries to keep their life will lose it, and whoever loses their life will preserve it” (Luke 17:33). Hellooooo, what Jesus is saying is approach all things with humility, honesty (about yourselves), and true understanding. There’s no room for self-pride. When I say that “God can work with that”, what I am saying is that when we do these right things and have these right attitudes, something deeply spiritual happens in our lives…it’s called blessing…..”well done, good and faithful servant”….”the last will be FIRST”….The key is, LOL, you weren’t even trying to first! You were simply being honest with yourself and in humility, being REAL.

Peter’s response to God’s Glory was to take charge when his response should have simply been to worship Jesus. The time for action would come later.

In that platoon I spoke of, my first position as Squad Leader, it wasn’t long and I became the Platoon Sergeant, in charge of four squads. In my mind, God blessed me because I was being humble and REAL…true to who I was, not who I thought I was in my pride. I stepped down to be last, to learn from the soldiers I served and in the end was first….though that was not my motivation. My motivation was simply to learn and grow, to be REAL.

Be careful about stepping out in your zeal to be in charge or to gain what YOU want….look closely to discern if maybe your zeal is overshadowing your reality. It is always wise to humble ourselves and resist the temptation of self-pride. God can work with that!